‘A silent killer’ – COVID-19 shown to trigger inflammation in the brain: The UQ team was led by Professor Trent Woodruff and Dr Eduardo Albornoz Balmaceda from UQ’s School of Biomedical Sciences, and virologists from the School of Chemistry and Molecular Biosciences.

“We studied the effect of the virus on the brain’s immune cells, ‘microglia’ which are the key cells involved in the progression of brain diseases like Parkinson’s and Alzheimer’s,” Professor Woodruff said. 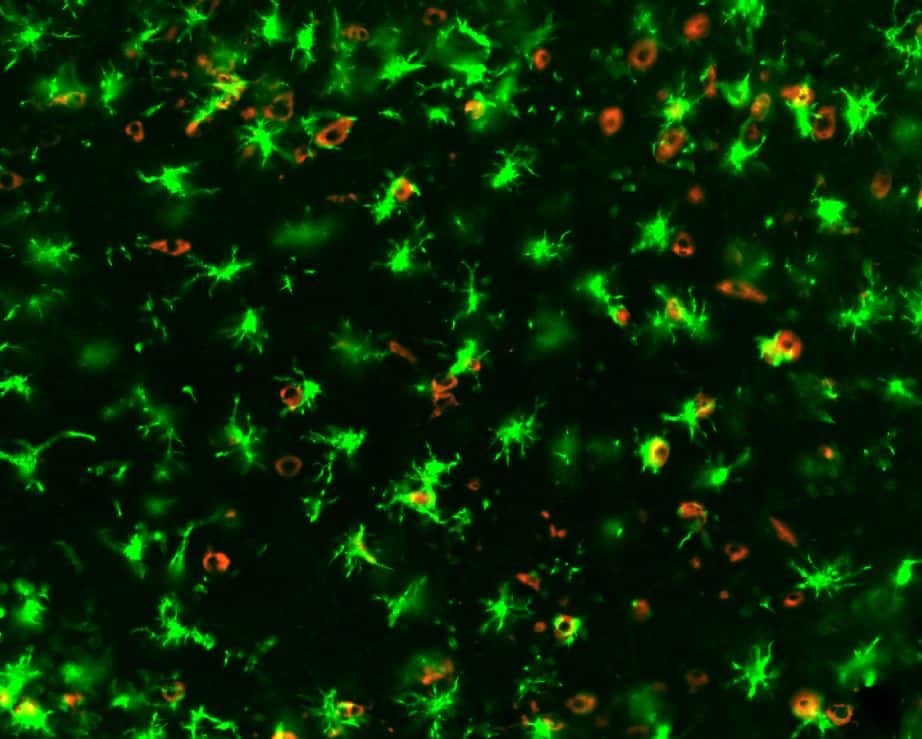 “Our team grew human microglia in the laboratory and infected the cells with SARS-CoV-2, the virus that causes COVID-19.

“We found the cells effectively became ‘angry’, activating the same pathway that Parkinson’s and Alzheimer’s proteins can activate in disease, the inflammasomes.”

Dr Albornoz Balmaceda said triggering the inflammasome pathway sparked a ‘fire’ in the brain, which begins a chronic and sustained process of killing off neurons.

“It’s kind of a silent killer, because you don’t see any outward symptoms for many years,” Dr Albornoz Balmaceda said.

“It may explain why some people who’ve had COVID-19 are more vulnerable to developing neurological symptoms similar to Parkinson’s disease.”

The researchers found the spike protein of the virus was enough to start the process and was further exacerbated when there were already proteins in the brain linked to Parkinson’s.

“So if someone is already pre-disposed to Parkinson’s, having COVID-19 could be like pouring more fuel on that ‘fire’ in the brain,” Professor Woodruff said.

“The same would apply for a predisposition for Alzheimer’s and other dementias that have been linked to inflammasomes.”

But the study also found a potential treatment.

The researchers administered a class of UQ-developed inhibitory drugs which are currently in clinical trials with Parkinson’s patients.

“We found it successfully blocked the inflammatory pathway activated by COVID-19, essentially putting out the fire,” Dr Albornoz Balmaceda said.

“The drug reduced inflammation in both COVID-19-infected mice and the microglia cells from humans, suggesting a possible treatment approach to prevent neurodegeneration in the future.”

Professor Woodruff said while the similarity between how COVID-19 and dementia diseases affect the brain was concerning, it also meant a possible treatment was already in existence.

“Further research is needed, but this is potentially a new approach to treating a virus that could otherwise have untold long-term health ramifications.”

The research was co-led by Dr Alberto Amarilla Ortiz and Associate Professor Daniel Watterson and involved 33 co-authors across UQ and internationally.

The study is published in Nature’s Molecular Psychiatry.

Viruses can 'hitchhike' on microplastics

Link between sleep apnoea and dementia