Home » Does Putin have Parkinson’s? – The Hippocratic Post
Health and Nature Blogs


Vladimir Putin, the President of the Russian Federation, has been seen on camera showing signs of obvious tremors in his legs and feet which could be a sign of Parkinson’s disease, which is a condition that affects the brain and symptoms worsen over many years.

Of course, this is speculation, since the Kremlin has not confirmed that President Putin is ill and are unlikely to do so, since it would undermine the position of the country’s leader in time of war.

It’s also the case that there is no definitive test for Parkinson’s, even if the disease is suspected. That looks set to change, however, with the development of a new ‘smell test’ for the condition.

Scientists at the University of Manchester have developed a skin swab test which looks for changes in the sebum – the oily layer which protects the skin – using a technique known as mass spectrometry. This can identify compounds based on their weight. They were inspired by the story of Joy Milne, who was able to detect the whiff of Parkinson’s on her husband’s skin following his diagnosis at the age of 45. T

If President Putin does indeed have early stage Parkinson’s, there is no cure, but there are many things that can help, including adopting a healthy lifestyle. A recently published study by researchers at the University of Harvard and Pennsylvania State University found that consuming a healthy diet and engaging in physical activity may improve outcomes for people with Parkinson’s. They collected health and lifestyle data over a long period of time (a longitudinal study) from two large population cohorts. The first study, the Health Professionals Follow-up Study, collected data from 51,529 male doctors; and the second, Nurses’ Health Study, collected data from 121,700 female registered nurses. Within these groups, they found that of the 1251 confirmed cases of Parkinson’s, healthy eating either pre or post diagnosis was associated with a lower mortality rate; a similar result was observed for exercise.

Putin does enjoy bare back horse riding, ice hockey and martial arts, so doctors would recommend he continue to stay active if he wants to live a long life. 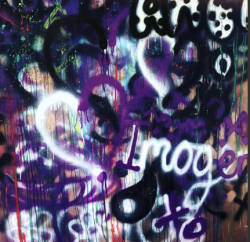 History of the London Marathon